Previous World Reviews:
If you want to learn more about the World Review and its format, please see Review No. 1.

Mooshu's theming is quirky, to say the least - the combination of Asian themes with European farm animals could be considered a risky move on KI's part. Luckily, it seems to be a winner. Oddly enough, cows in kimonos hardly even seem out of place here. 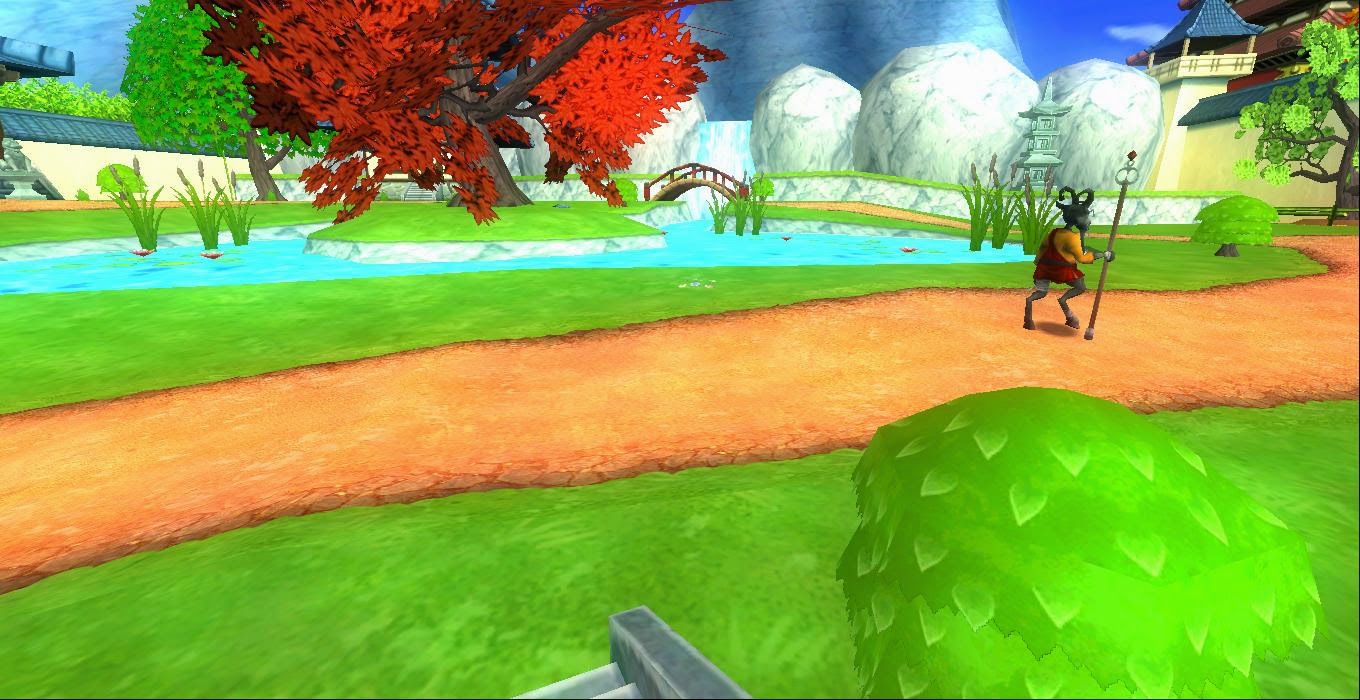 The graphics are very simple compared to some of the later worlds, but somehow, Mooshu is still gorgeous. The overall look of the world is probably the best of the Malistaire arc, not counting Grizzleheim, and the varied colors are a treat for the eye after the somewhat monochromatic Marleybone. The streets are plain, but I love both the Jade Palace and Yoshihito Temple. Pirate101 Mooshu is beautiful, but let's not forget the charms of Wizard101 Mooshu.

As for the music, many players say that it has some of the best soundtracks in the game, and for good reason. Although I still say Avalon is my very favorite, Mooshu is second place. It has a wonderful oriental feel to all of it, and the main theme somehow manages to be both serene and catchy at the same time. You can listen to it here.

Mooshu does quite well in setting overall - 9/10.

Unfortunately, Mooshu's story is quite mediocre. The entire world was pretty much one big tangent, although it did have some redeeming points. I did like the themes of body, mind, and spirit throughout, and healing the Emperor seems like a bigger deal now that we know he's an important member of the Council of Light.

Otherwise, the story is pretty marginal; quite possibly one of the worst out of the Malistaire arc, but better than Wizard City. The world does a good job of minimizing frustration and a sense of "Why am I doing this again?" which I appreciate. Since Mooshu was one of the earliest worlds of the bunch and came before the era of major cutscenes, it has very little to offer, but it has plenty of charms in other areas.

Because I do have to cut it some slack given how early it was created, it gets - 7/10.

The gameplay of Mooshu is actually quite nice. The quests and pacing seem fairly balanced, dungeons are evenly placed, and the difficulty is balanced. Most of the gear here is quite good, and many bosses drop coveted spells and No Auction gear with school symbol designs.

The teleporters here were reasonably well-placed, and made for more convenient travel around the rather large areas - as Mooshu's "streets" don't have much going for them in the way of scenery, this helps quite a bit.

All in all, Mooshu's play was rather simple but straightforward, and the bosses keep making me come back for more, which is usually a good sign. (Pagoda-Shaped Urn, I will get more of you yet!) It gets - 8/10.

Averaged out, Mooshu merits a B or 8.0/10. It's definitely a good addition to the Wizard101 world lineup, and sports plenty of charm and fun to make me look forward to it.

Do you agree with my assessment of Mooshu? Do you think it's harsh? Overrating? Please comment! Thank you for reading, and I hope you enjoyed this week's World Review; next week, I will examine sunken Celestia!