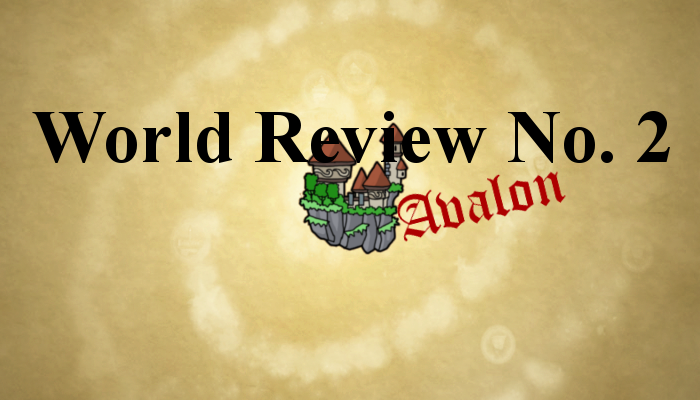 If you want to learn more about the World Review and its format, please see Review No. 1.
No. 1: Grizzleheim/Wintertusk

Avalon's basic theme is one of the best in the game. I really love the medieval feel to the entire world, and it suits the player as a wizard. With knights, minstrels, and Spiral versions of common story characters, Avalon goes above and beyond in this aspect. 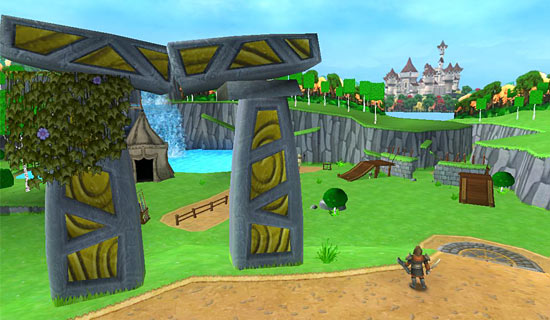 However, I felt that the graphics here were a bit lacking. Contrary to the graphics of Azteca, which had very beautiful, lush, and detailed textures and settings, Avalon felt a bit...sparse. There were many empty, wide-open spaces, and although the world did have its graphical bright spots, like the rain effect of Lakeshore and the reflective Crystal Caves, it lacked detail overall and much of the scenery felt blockish, such as the square trees as seen in the picture. Also note the large, empty expanses of flat grass.

Avalon sports very few cutscenes; the only memorable one was in Ambrose's tower with the adult Morganthe at the beginning of the world, and it stands as possibly my favorite cutscene, or second only to the final Malistaire scene. Otherwise, the graphics are very unremarkable, so the world has very little to brag about in aesthetics.

The best redeeming quality in this world's setting is the music. Avalon sports many of my favorite themes in Wizard101; I absolutely love the main theme and glorious theme, and it has what I consider to be the best battle theme in the entire game. If you'd like to hear it, you can do that here.

Avalon has the best storyline of any of the worlds in the Morganthe arc so far, although Khrysalis Part 2 may surpass this when it's released. It offers much-needed background on important characters in the Wizard101 journey such as Ambrose, Gamma, and Morganthe, with the wonderful addition of more characters from the King Arthur mythology, suiting the running themes from Merle and Morganthe. Also, the poetry-dripping quests involving the Jabberwock absolutely steal the show. 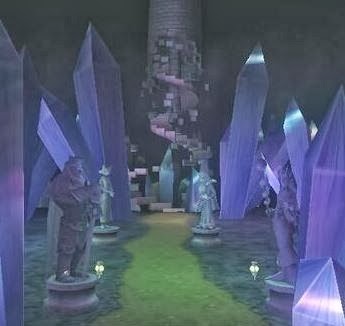 The Lady of the Lake and her help on our quest for the Sword of Kings was also quite good, and I appreciate the bits about Sir Malory and Morganthe's betrayal of King Artorius; speaking of which, this leads up to one of my favorite quests in the entire game: the speaking statues. Morganthe's was my favorite out of all four, possibly because I was absolutely aching for more backstory on her character. I also enjoyed Ambrose's and Artorius's very much. Surprisingly, this world has very little to do with the adult Morganthe. Given that Morganthe is a cardboard villain, this was actually quite refreshing. I also very much liked going back in time to Ghost Avalon.

Given that the storyline had a fair amount of tangents on the way to the Sword of Kings, I'm going to give Avalon's story - 9/10.

Besides the occasional streaks of several Defeat and Collect quests in a row, Avalon's pacing was balanced, which I appreciate. The downgrade of the enemies' abilities in this world made the previous greatly increased health more manageable. I also liked the addition of the teleporter arches, which are a refreshing break from Zafaria's long walks to many of its areas. They were placed well, and made for easy traversing between areas.

However, there were a few quests in this world that were borderline excruciating to complete. Collecting the Necromantic Vigor from the Death Seraphs was the worst of these. Not only was it typical to collect zero from each battle, but the seraphs were some of the most difficult roaming enemies in all of Avalon. This quest had me stuck and unenthusiastic for several days.

Like all of the worlds in the Morganthe arc, the dropped gear is useless. At this point, I'm fairly sure it only exists so that players can sell it and keep a steady flow of incoming gold as they adventure. Of all Avalon's available gear, only the crafted selections have much appeal.

However, Avalon's gameplay was quite fun overall, especially with the addition of a few very engaging and unique cheating bosses - 8/10.

Overall, Avalon earns an A- or 8.7/10. It's really fun and engaging, and currently one of the best worlds the Spiral has to offer.

Do you agree with my assessment of Avalon? Do you think I'm giving it too much credit? If you found this interesting, please comment! Thank you for reading, and be sure to check out next week's review, where I examine the world of Mooshu!