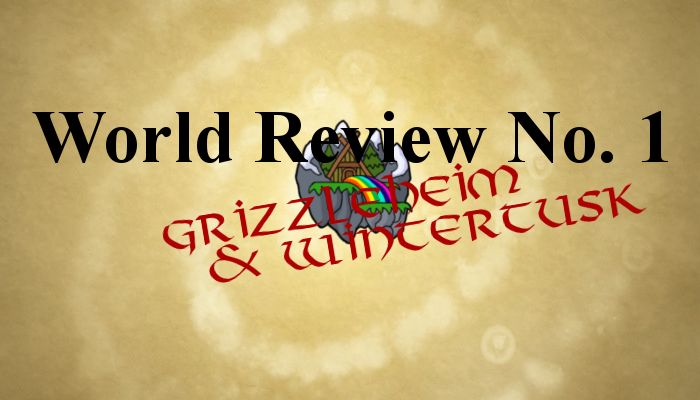 So, what is World Review?

As this is my first segment of the World Review, I think this is due for a little explanation. World Review, as you probably know, is a post series in which I review each and every world of the Spiral that can be accessed via a spiral door. As such, Grizzleheim and Wintertusk are one review, and Aquila will not be featured in a review at all (unless I start doing pirate world reviews, in which case - that's a very different story.) After some analysis, I will give the featured world a letter grade.


Note: the next paragraph is technical math stuff; skip if you're not interested.

I reach this conclusion by factoring in the three things about a world that I feel pretty much categorize everything about it: Setting (themes, graphics, and music), Story (well...), and Gameplay (difficulty, pace, how much it grinds). Each of these will receive a number score out of 10. Then, I average them out to get the final one out of ten score, which I transfer into a letter grade. Also, you should probably know that this review will be more complicated than the others, as Grizzleheim and Wintertusk are quite different.

The basic themes behind Grizzleheim are pretty great. Vikings and bears - another creative combination of cultures and creatures from KI. Although perhaps not quite as downright daring as, say, Mooshu's farm animals, the bears, wolves, and ravens of Grizzleheim make much more mental sense. All in all, the innovative, icy ideas give this world, both Grizzleheim and Wintertusk, a good first impression in this review.

Grizzleheim's graphics are gorgeous. The rainbow bridge made me gasp when I first arrived in Northguard as a wee Apprentice doing Baldur Goldpaws's free preview quest. Also, have you noticed the mountains in the background against the sky (which is one of my favorite skies)? I didn't until two weeks ago - and I've seen this area for over two years.
Additionally, Wintertusk sports some excellent cutscenes; Grandmother Raven's freedom from her prison comes to mind. The variety of scenery in Wintertusk's four main areas (Austrilund, Vestrilund, Sudrilund, and Nordrilund) are a treat to the eye after the comparative monotony of more graphically formulaic worlds such as Dragonspyre.

All in all, in terms of apt aesthetic attractiveness, Grizzleheim and Wintertusk are pretty far up on the scale of worlds.

Next, music. Oh, music, how could I forget you? I very much love some of the themes from Grizzleheim, especially the earlier areas, though the combat theme is a bit lacking. However, Wintertusk had a different composer, and I have to say I didn't enjoy his music as much. I'm not sure exactly what made it unappealing, but maybe the absence of a clear melody had some affect. I'm sorry to say that the many musical melodies mentioned were mediocre, but click here to hear my favorite from this world.

Grizzleheim and Wintertusk's story lines, are, in many ways, a breath of fresh air. I appreciate that a new villain, or should I say team of villains, was created for this very long side world. Also, there was never really any doubt as to their motivations; they wanted to start the Everwinter, which would eventually freeze the entire Spiral. No vague, semi-pointless griping for power here (*cough* Morganthe *cough*). 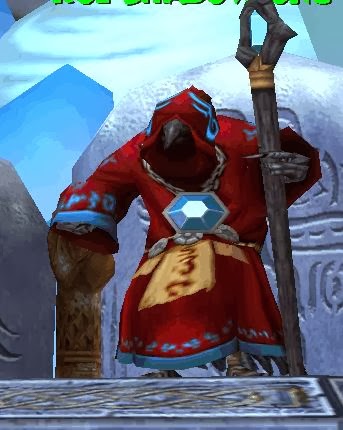 However, this story, interesting as it may be, is not without its flaws. Characters served their function but never really established an emotional connection; although this is a computer game and therefore I shouldn't expect a novel-caliber story, I feel that the characters should really make me care what happened. Although some of them were charming enough in their moments of glory (like the Three Fates), most blurred into the stereotypes of their races. Grandmother Raven is a notable exception in this instance, however, but if she helped create the Spiral, she'd better be memorable!
Despite my moderate level of interest in this story, I can only give it a mediocre rating - 6/10.

What's cool about Grizzleheim (no pun intended) is that it's geared toward different level ranges, making for engaging play throughout much of the wizard's journey. Grizzleheim doesn't offer much in the way of XP points, and although KI promised to have much more in the way of rewards, I'm sorry to say they did not really deliver. Most of the No Auction gear dropped by Grizzleheim bosses is rather useless.

However, Wintertusk is much better in regards to remarkable rewards. Not only does it give substantial XP, but excellent gear for those yet to achieve a full Waterworks set. Also, this world sports many excellent gold farming hotspots, including Halfang, Erling, and many others.

The play in both Grizzleheim and Wintertusk dragged a little, and there were many defeat-and-collect objectives. Wintertusk was also formulaic to a certain extent. This world does have engaging dungeons, with a rather amusing quest in Vigrid Roughland's Frostholm and memorable cheats in Hrundle Fjord's Nastrond.

Otherwise, the quests and moderate difficulty of Grizzleheim and Wintertusk are fun but nothing to marvel at, but largely for the excellent gold farming, it nets a 8/10.

All in all, Grizzleheim/Wintertusk nets a C+ or 7.3/10. It's solid, but not a sensational, spectacular standout like some other worlds.

Do you agree with my assessment of Grizzleheim? Do you think it's harsh? Overrating? Please comment! Also, how many alliterations of three or more words can you find in this review? Winner gets a KIFreeGames code. Also, please do vote on my poll to help me decide what world to do next week! Thanks for reading!
- Sophia E

Posted by Sophia EmeraldBlossom at 11:00 AM