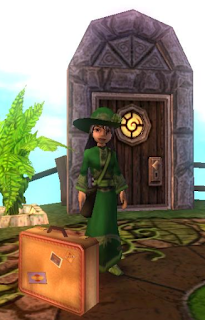 As you may have heard by now, Camp NaNoWriMo #1 is in April this year. Even though the event officially opens on March 5th, I'm planning my novel anyway. (That's mostly because I want to take a break the last few days before April starts.)

I've opened up my writing blog, Sophia-Rose's Treehouse, and that's mostly where I'll be for the next couple of months. I'll still be posting on this blog, and I'll be checking for and responding to comments, but most of my activity will be on the other blog.

During the month of March, I may occasionally post live (non-scheduled,) and I'll probably schedule a few as well, but in April, just about all of them will be scheduled.

That's all for now. I'll see you tomorrow at the treehouse, and probably in a few days here.

- Sophia E
Posted by Sophia EmeraldBlossom at 9:43 AM